DFP Google Ad Manager (opened as DoubleClick for Publishers) is an ad platform which efficiently streamlines digital ad inventory. It is best in ad trafficking optimization, ad operations monetization and contribution to your revenue increase.  Being a Google Partner Company, it has a highly reliable infrastructure and enjoys a reputation of a most user-friendly ad server worldwide.

Do you need to install or download anything? No, you don’t! What you simply need is to sign up in Ad Sense after which you are allowed to create an account in DFP Ad Manager. Once your Google Ad Manager account is set up, you are exposed to a number of privileges it embeds. To get better insights into the advantages of DFP, let’s throw a look at some of them together. 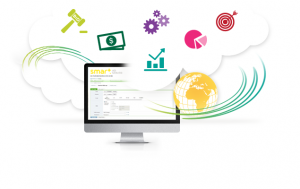 Nice going!  Once you have decided to use Google Ad Manager, DFP  Set up is your initial step. You have taken your first steps into a wider range of exploring how to boost the revenue of your online business!….MORE

DFP (Double Click for Publishers) is a leading ad server that assists companies to take control of their businesses from the online perspective of it. DFP Consulting offers a developed ad serving platform for managing the ad trafficking and ad delivery, ad inventory, and the revenue of your ads…MORE

DFP users have always been satisfied with DFP services, considering them the best methods possible for their website’s ad trafficking optimization and generation of sky-reaching revenues…..MORE

DFP users have always been satisfied with DFP services, considering them the best methods possible for their website’s ad trafficking optimization and generation of sky-reaching revenues….MORE

DPF promotes partnership and innovation on the basis of well developed leading free ad management platform.  Since publishers are not identical and may use different external operating systems or come up with various solutions to put their work under control, DPF consultant will guide you through the process of integrating your preferences with the DFP.

It is a matter of pride that DFP users have always been satisfied with DFP services, considering them the best methods possible for their website’s ad trafficking optimization and generation of sky-reaching revenues.

Taking into account all these benefits, you cannot resist the temptation of signing up in DFP and launch a mutual productive cooperation with DFP Experts!